On my last visit to Lincoln Center to see the New York City Ballet, I noticed that architect Philip Johnson’s 1964 New York State Theater had a new moniker: the David H. Koch Theater.  It turns out that David Koch – one of the famous (or infamous, depending on your perspective) industrialist brothers tied to the Tea Party, climate-change denial and other conservative fancies – had agreed in 2008 to provide $100 million over 10 years for the renovation, maintenance and operation of this iconic venue.  (That’s the same amount he, his brother Charles and other super-PAC friendly folk reportedly pledged last week at their annual Indian Wells conference to send President Barack Obama packing in the next election.)

For his largesse, David gets to keep his name on the theater for at least 50 years, after which his family has the right of first refusal for any renaming.  I can appreciate the commercial value to a major corporation putting its brand on a sports stadium, but he bought something more akin to immortality.

It’s well known that moderate billionaires like Warren Buffett and Bill Gates are extremely charitable as well as civic-minded enough to welcome substantial taxation on their estates.  The so-called Buffett Rule even calls for a minimum federal tax rate of at least 30% on those earning $1 million and more per year.  However, others to their right on the political spectrum – and at the far end of the vanity scale — seem to want more than patriotic pride for their money, specifically by seeing their names emblazoned on large objects.  Please don’t get me started on Donald Trump.

Naturally, business schools at prestigious colleges are a favorite.  I earned my M.B.A. from New York University at the strictly utilitarian Graduate School of Business Administration (or G.B.A.) near the American Stock Exchange building behind Trinity Church.  Thanks to a $30 million gift, a year after my 1987 graduation, from a grateful alumnus who made it big in pet products and real estate, the renamed Leonard N. Stern School of Business moved to nifty new digs near Washington Square four years later.  Its facilities now include Tisch Hall, the Henry Kaufman Management Center, and the John A. Paulson Auditorium.  Had I attended a couple of decades later, I would have been a student in the Langone part-time M.B.A. program. 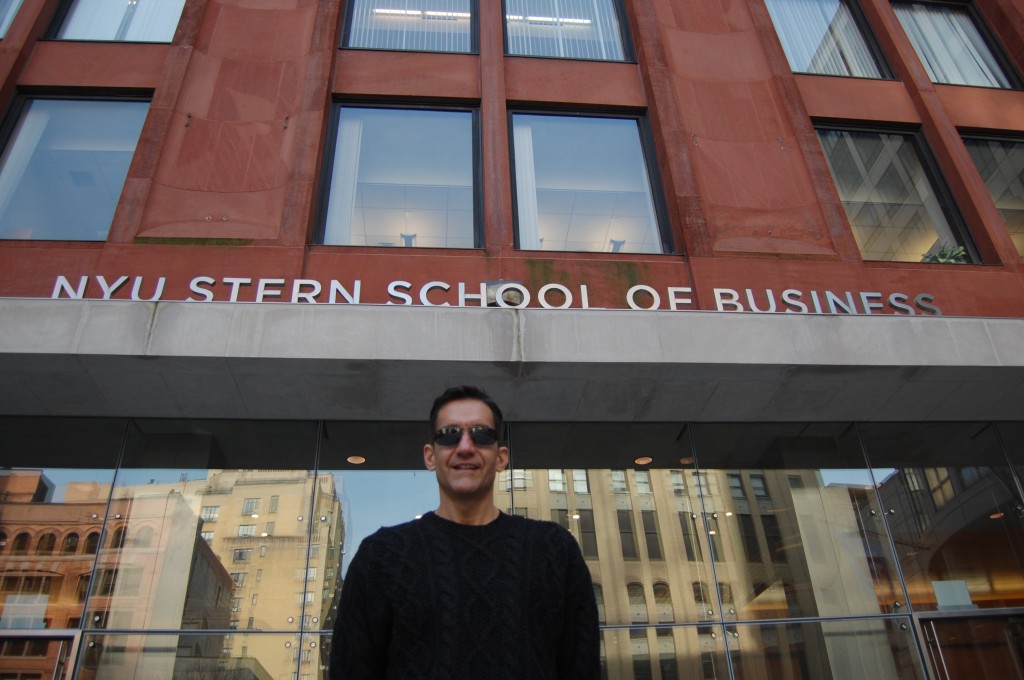 In this respect, our local, state and federal governments have missed the proverbial boat.  The United States Navy commands 11 active aircraft carriers: the Enterprise, Nimitz, Dwight D. Eisenhower, Carl Vinson, Theodore Roosevelt, Abraham Lincoln, George Washington, John C. Stennis, Harry S. Truman, Ronald Reagan, and George H.W. Bush; under construction are the Gerald R. Ford and John F. Kennedy.  Many things are named after the late Senator Strom Thurmond in his native South Carolina, including a reservoir lake, despite a lengthy political career undistinguished by notable legislation but widely remembered for pork and his lone 24-hour filibuster against the Civil Rights Act of 1957.  Why do we so honor dead and former presidents, military leaders and Southern segregationists (which Vinson, Stennis and Thurmond all were) instead of the great citizens who foot much of the bill?

I say, for the sake of the country and to cool their anti-government fervor, let’s recognize our largest (and most egotistical) taxpayers.  New York’s three-term mayor Michael Bloomberg solved the problem himself by going into politics; his name will almost certainly grace public property when the Bloomberg terminal is already Wall Street nostalgia.  Perhaps Mitt Romney will enjoy the same fate.  (Maybe this is why Donald Trump keeps flirting with a presidential run.)  But what about the rest?

Washington boasts a massive inventory of cool, expensive items on which to stencil a worthy name, among them intercontinental ballistic and cruise missiles, strategic bombers and drones.  What right-wing Texas oil baron wouldn’t want his handle on the warhead that atomized an Iranian uranium-enrichment facility, driving the price of crude up to unprecedented levels?  Yet private-equity tycoon Stephen Schwarzman might be more flattered by a chunk of the Library of Congress.  After all, the New York Public Library renamed its landmark edifice on Fifth Avenue and 42nd Street a few years ago as the Stephen A. Schwarzman Building for his $100 million donation.  If only he would stop demagoguing the president’s plan to tax carried interest as ordinary income (at 35%) instead of long-term capital gains (at 15%) – which Schwarzman once equated with the Nazis’ 1939 invasion of Poland.

On the surface of it, Mark Zuckerberg’s potential bill of more than $1.5 billion from the Internal Revenue Service for exercising Facebook options would seem to warrant a tribute as great as, say, the Capitol.  However, the company’s deductions for option compensation could eliminate its own tax liabilities for years.  Still, that particular loophole isn’t Zuckerberg’s fault, and we’ve got to start somewhere if we’re going to get our house back in order.

There are other means to win over billionaires to the cause of government, and by that I don’t mean handing out mere awards.  No, I was actually thinking about restoring titles of nobility.  Knighthood always impressed me as an especially cost-effective way for the British monarchy to co-opt republicans and other possible troublemakers for the crown.

“Sir Donald” has a nice ring to it, wouldn’t he say?

7 thoughts on “Naming Names: For the Country’s Sake, Let’s Honor Our Largest (and Most Egotistical) Taxpayers”