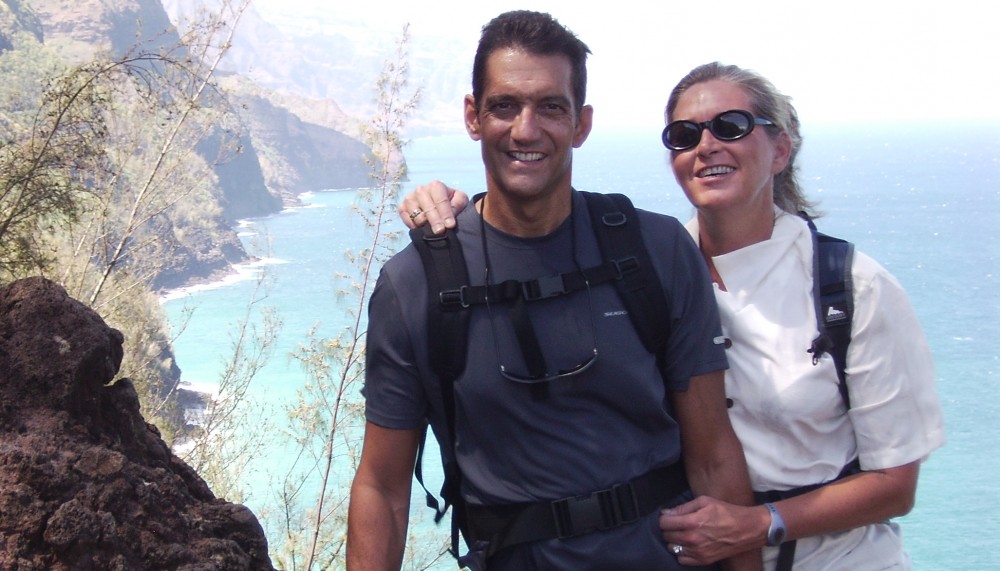 It is a new year but I still don’t feel remotely ready to write about losing Chris, who passed away without warning less than four months ago. Yet something familiar that I heard over the holidays has compelled me to begin. It was the song “Moon River” from the 1961 movie “Breakfast at Tiffany’s,” which went on to win the Oscar for Best Original Song, making hits for Andy Williams and other crooners.

Moon River, wider than a mile
I’m crossing you in style some day
Oh, dream maker, you heart breaker
Wherever you’re going, I’m going your way

Despite our lives together in various Manhattan apartments, Chris and I were little like Audrey Hepburn’s Holly Golightly and George Peppard’s Paul Varjak, just as the film was quite different from the Truman Capote novella that inspired it. We were married over 15 years ago in Savannah, Georgia, having met by sheer accident on the island of Saint John in the U.S. Virgin Islands on July Fourth more than a decade earlier.

Both born in the late 1950s, we really didn’t come of age until such innocently romantic songs were already considered passé. Still, “Moon River,” whose lyrics were penned by that native son of Savannah Johnny Mercer, always seemed right for us. It captured the essence of our relationship, and became our song.

Two drifters, off to see the world
There’s such a lot of world to see
We’re after that same rainbow’s end, waiting, round the bend
My Huckleberry Friend, Moon River, and me

For a quarter of a century Chris and I lived an adventure, sort of like Huck Finn and Tom Sawyer. My “Huckleberry Friend” is gone now, and I feel lost myself, but I will always cherish her in my memories.

13 thoughts on “My Huckleberry Friend”